Well folks, it looks like Atticus Finch is returning to the courtroom. Sort of.

According to Deadline, Pulitzer Prize-winning author Harper Lee is suing for the copyright of her 1960 classic To Kill A Mockingbird. She alleges that after her former agent got sick 10 years ago, his son-in-law assigned the copyright to himself and a firm he manages. The 87-year-old author claims he took advantage of her poor eyesight and hearing.

Now she’s suing to get her copyright back as well as money for damages.

With a book like Mockingbird, it makes sense that she’d want to hold on to that copyright. After all, between the Oscar-winning movie and the book, which is still read in most high school classrooms, I imagine a copyright like that would bring in a lot of money.

Everyone loves a good sale, and in the case of e-books, this doesn’t apply just to readers; it also applies to authors.

According to The New York Times, one-day deals that e-book sites like Amazon and Barnes and Noble offer have resulted in huge sale boosts for authors. Any book is subjected to becoming a daily deal — usually those that are years old or that have never reached bestseller status. It’s easier to offer sales like these with e-books, which don’t have a sticker price attached to them. Publishers can change the prices frequently from $14.99 to $9.99 to $1.99.

When people see those $1.99 offers — for one day only!! — they’re more inclined to buy a copy; not only is it cheap, but it’s also easy to download, as Julie Bosman explains.

[Amazon vice president for Kindle content] Mr. Grandinetti said one book, “1,000 Recordings to Hear Before You Die,” was selling, on average, less than one e-book a day on Amazon. After it was listed as a Kindle Daily Deal last year, it sold 10,000 copies in less than 24 hours.

Some titles have tripled that number: on a single day in December, nearly 30,000 people snapped up digital copies of “Under the Dome,” by Stephen King, a novel originally published in 2009 by Scribner. For publishers and authors, having a book chosen by a retailer as a daily deal can be like winning the lottery, an instant windfall of sales and exposure.

The success of the those one-day deals often boosts sales for the next couple days or weeks as well or encourages readers to read other books by the same author. Web sites that track the deals from online stores have also popped up, making it even easier for readers to find the best sales.

So what does this all mean? Hopefully it means the book business is alive and well, despite the ongoing closure of brick and mortar stores… 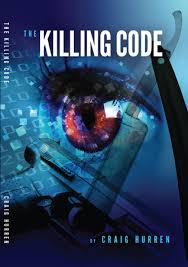 Recap: When a scientist commits suicide, Detective Alan Beach isn’t completely surprised to be called in to investigate. He knows there must be something more to this than just your typical suicide. Soon after, a U.S. Congressman is killed, as well as two other men in the crossfire. But when Detective Beach realizes surveillance video from both shootings reveals the same, small man in the background, it becomes clear that the shootings are inexplicably linked.

So begins Detective Beach’s investigation into the “Killing Code,” and he’s on his own. He has no partner and little help thanks to a dark past that has many of his coworkers more inclined to tease him than befriend him. Beach single-handedly discovers that a group of scientists is concocting a drug that assassins are using to kill. But who’s behind it all? And who can he trust? As more and more characters are revealed throughout the investigation and more lives lost, Beach knows he’s onto something, but what? And will he be the next victim?

Analysis: Like many crime/thriller novels of this kind, The Killing Code is a fast-paced story about an intricate murder case. And like many crime/thriller novels, the main character, Detective Beach, winds up being the one with the biggest target on his back by the end. But it’s Beach’s backstory that sets this story apart from the other novels of its kind (think Dan Brown books). His story is  not revealed until later in the story, but we know it’s complicated because of the way author Craig Hurren describes his sudden move from the Boston Police Department to the Columbus Police Department and his relationship with the other detectives on his force. Not to mention, the story behind his late wife. All of this helps the reader sympathize with Beach. It makes the reader root for Beach to solve the crime even more.

One problem here, however, is there didn’t seem to be a major twist in the plot. Beach steadily peels back layer after layer of the case and keeps on track throughout. I had my suspicions when his love interest, Holly, and friend and agent Jake Riley entered the story. I wasn’t entirely sure whether or not I could trust either character. They seemed like the perfectly positioned characters to trick Beach or backstab him. I kept waiting and waiting for something shocking to happen; for one of or both of them to reveal some ulterior identity or motive. But it never happened.

That’s not to say that the book wasn’t fun and didn’t have exciting twists and turns, but I can’t think of any one mind blowing moment, and in a novel like this, that was a bit of a letdown.

MVP: Jake Riley. He’s a skilled man, who helps Detective Beach for all the right reasons. It becomes clear in the end that Beach wouldn’t have been able to solve the case if it weren’t for Jake.

Borders filed for bankruptcy in February 2011 and shut its doors later that year. Soon after, a few customers filed a lawsuit, claiming customers did not get enough notice about the closure to use their gift cards in time. Though a claim deadline had been printed in The New York Times and Wall Street Journal, they claimed the average person wouldn’t have necessarily read those articles.

Although there’s an estimated $210.5 million worth of unused Borders gift cards out there, a Manhattan federal judge determined that issuing all of that money to former customers wouldn’t be fair to creditors of the Borders Group, especially since the bankruptcy and liquidation is already complete. The judge upheld last year’s ruling of a U.S. bankruptcy judge.

Is the NSA scandal to blame for the big sales boost of the classic novel 1984 this week?

That’s what the writers for Vulture seem to believe. According to them, sales of the 1949 classic novel rose 5,771 percent on Amazon this week. The book is set in the future 1984 and tells the story of a society that’s watched closely by its government and referred to as Big Brother. With the news of the cell phone surveillance, it all kind of sounds familiar, huh?

In a bold, anti-digital move, bestselling author Stephen King has decided not to release his newest book in e-book format.

According to The L.A. Times, the author made the decision last month to sell his latest novel, Joyland, solely as a physical book. King is generally considered a pioneer in digital books; he’s written a number of bestselling Kindle Singles and even helped Amazon’s Jeff Bezos introduce the Kindle 2 in 2009.

King said he’d rather have people go to an actual bookstore. It was a move that got a lot of praise from bookstore owners, who have seen their sales go down over the years thanks to an increase in e-readership. King is set to release another major novel later this year, but he hasn’t announced yet whether or not it will be available in e-book format.

Joyland was published by Hard Case Crime and was released just yesterday.

Get Joyland only in paperback for $7.30.

Amazon is one of the companies hopping on board. But instead of offering its own regular publishing platform like the one used for full-length novels, Amazon is publishing Kindle Singles. I told you about them a year-and-a-half ago, shortly after the service got underway. In the time since, the service has become quite successful.

According to The New York Times, Amazon Kindle Singles is a store under the Amazon umbrella, which sells the shorts for less than $2 each. Though Amazon keeps about 30% of the profit and rarely pays the author upfront, Amazon estimates the authors make an average of $22,000 through the service. It’s  one of the few publishing options that allows authors to make a profit off the shorts, as opposed to getting a flat fee. It’s also starting to gain a larger audience.

Most of the novellas, essays, and stories that are publishing run between 30,000 and 50,000 words, and while the publisher receives about 1000 manuscripts each month, the service is still extremely competitive. Since its January 2011 inception, Amazon has only posted 345 Singles.

It certainly does sound like a good concept for authors and journalists who want to get their short-form pieces published, but 345 published pieces in two years seems small, no?