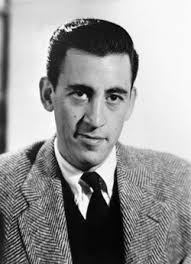 The famed Catcher in the Rye author, JD Salinger, passed away in 2010, and was famously known not to have published much of anything after the 1960s. But that latter fact may soon change.

According to The Huffington Post, the two men who recently co-wrote a biography about the author — entitled Salinger — have revealed that a series of posthumous Salinger releases are set for 2015-2020. Authors David Shields and Shane Salerno spend nine years working on the biography about Salinger. Their book will be released September 3rd.

In that book, they credit two independent and separate sources that say previously unpublished Salinger material will be released. One of the books includes the Catcher protagonist Holden Caulfield. Another publication would feature the Glass family from Franny and Zooey.

The new biography Salinger is 700 pages, and has a lot of other information about the famous author, as Hillel Italie explains.

The book is structured as an oral history, featuring hundreds of new and old interviews, excerpts from newspaper accounts and previous biographies and commentary from Shields and Salerno. Those quoted range from Salinger’s children to authors Tom Wolfe and Gore Vidal to Mark David Chapman, who cited “Catcher” as a reason he murdered John Lennon in 1980.

It’s still unclear exactly how much material will be published over the course of the five years, but the real question is: will it live up to JD Salinger’s previous publications?