Review: In the Studio with Michael Jackson 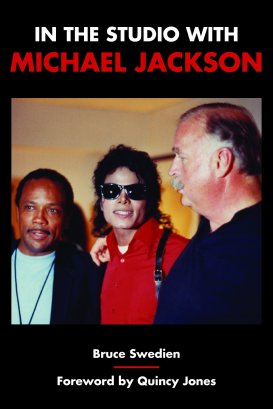 Recap: He’s a Grammy Award winner. He’s worked with Quincy Jones. And you’ve probably never heard of it. Bruce Swedien is an audio engineer who’s worked in the music business for almost 60 years, and he was the primary sound engineer on Michael Jackson’s records from 1978 to 2001. When I found this book inside a more arts-oriented local bookstore, I thought Oh my God, I MUST read this. As a big Michael Jackson fan, I knew I would appreciate it. And appreciate it, I did. From the anecdotes about the star (they recorded him on a dance floor so MJ could dance while singing and the sound of his feet would remain on the record to make it feel more “Michael) to the photos (handwritten thank you notes and editing suggestions from the icon himself!), this book is chock full of fun information that would entertain any Michael Jackson fan.

The second half of the book focuses more closely on audio engineering and therefore would likely be most appreciated by those who work in that field. For anyone else — myself included — it was too technical for me to understand and not explained well enough in layman’s terms. That’s not to say the book got worse as I continued to read it, but it certainly became more textbook-like in its approach.

Anaylsis: As I already mentioned, I loved the little anecdotes about Michael Jackson and everything that went into making his big albums, including “Thriller.” I made it a point to listen to the tracks as I read the sections of the book that discussed them in detail. It heightened my awareness of the layering and production of the music and proved how complex and highly-skilled Michael Jackson and his team really were.

The book, however, was terribly written. It didn’t seem as though it was ever formally edited. There were grammatical errors as well as whole sections copied and pasted directly — appearing word for word in several different parts of the book. It was clear that Swedien wrote most of it himself, which is fine, but he is certainly more geared to audio engineering than writing. Parts of it were hard to get through for these reasons and because of the engineering jargon used that was above my head and never fully or well explained.

Get In the Studio with Michael Jackson in paperback for $16.97. 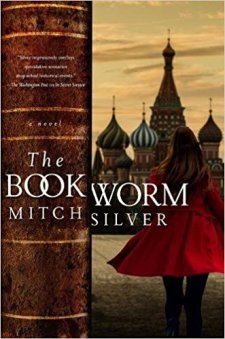 Recap: She’s lovingly called “The Bookworm” by her friends, but Lara Klimt is more than just a nerdy bookworm. She’s a Russian historian and former Soviet chess champion who suddenly finds herself attempting to solve a mystery that landed in her lap — a mystery dating back to the 1940’s during the rise of Adolf Hitler. She must listen to six recordings from a then-famous actor and playwright who — unbeknownst to her and…well…most people — was secretly a British agent reporting to Winston Churchill. All this coincides with her being asked to interview the U.S. President live on Russian television.

If something smells funky, it most likely is. Lara works to unravel the mystery of these tapes, trying to figure out how it connects to today while also trying to keep her distance from the man who sought her out for the Presidential interview.

Analysis: The Bookworm packs a punch similar to that of a Dan Brown novel. Similarly it uses a quasi-historical fiction plot mixed with thriller that sees our heroine attempt to solve a mystery by using her mind more than her actions. Combine that with the back-and-forth between the 1940’s and present day and The Bookworm has all ingredients in the recipe for my favorite kind of books. It held up until the last third of the book. Maybe it was my own personal lack of knowledge of Britain’s role in WWII or maybe it was the abundance of foreign character names, but eventually I got some of the storylines crossed and was confused as to the intent of some of the characters.

The end seemed to wrap up rather quickly and the reconciliation between Lara and her ex seemed far-fetched, especially after the novel made it clear from the beginning that he was never kind to her. I would have preferred to hear more from the WWII-era tapes to better understand how everything came together.

MVP: Lara. Her brilliance still shines throughout the novel — albeit maybe not in the romance department. Even when she seems unsure of how to crack the historical case, she realizes what she needs to do to achieve a breakthrough. Her mind is steady and her bookworminess pays off. 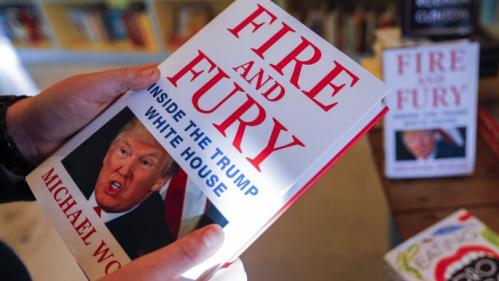