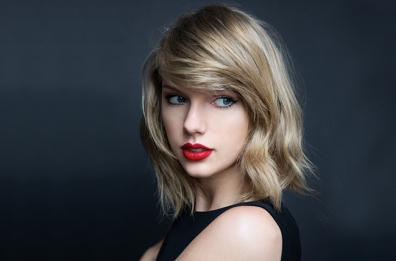 It’s hard to believe it’s been 10 years since Taylor Swift’s debut album was released. (Actually, I remember well the first time I heard it — played by my college roommate on repeat in our freshman year dorm — it just seems completely implausible that THAT was 10 years ago.) To commemorate that time — for Taylor, not me — Simon & Schuster is planning to publish a book about the pop superstar, according to Entertainment Weekly.  Oddly, it’s the first major book to be released about her.

Much like some of her album covers and Instagram account, the book about Swift will be a sort of scrapbook paying homage to the singer. The book is set to include fan art, concert photos and articles published about the singer over the years as well as the press release for her first album.

But here’s the cool part: Simon & Schuster is asking that fans contribute by suggesting their favorite published pieces about Swift and coming up with a title and cover for the book. The publishing company is also looking for someone to serve as the “honorary author” and face of the book. Article suggestions can be made by emailing tips@swiftfanbook.com and photos can be sent it by emailing images@swiftfanbook.com, but if you’re interested in authoring the book, designing the cover or creating the title, you can enter various contests. Here are the details, from EW:

Title contest: The book’s title will be determined by a contest. Fans are invited to submit the title they think the book should have, along with a brief essay of 250 words or less in support of their title, with the winning title to be chosen by Simon & Schuster. The fan who wins will receive a $2,500 payment and credit in the published book. This contest will run from Dec. 13, 2015, through Jan. 13, 2016, and entries may be made at www.SwiftFanBook.com.

Honorary authorship contest: Although the book is a group effort, Simon & Schuster is looking for one super-Swiftie to serve as its honorary author and the face of the book to the public. That fan, whose name will appear on the cover and help select content for the book and promote it, will also be chosen via a contest. Fans who think they have the passion, knowledge, creativity, and charisma for the role can make their case in a video of three minutes or less to be uploaded at www.SwiftFanBook.com. The winner will be chosen by Simon & Schuster and receive a $10,000 payment. At the time of publication, the author will be flown to New York for a press tour, a book signing in Manhattan, potential appearances on major media outlets, and more. This contest will run from Dec. 13, 2015, through Jan. 13, 2016.

Cover contest: Once the book’s title and author have been determined and announced, fans with a flair for graphic design can create the cover they think the book should have. The winning cover design may be used on the published book, with the designer to receive credit on the book jacket and a $5,000 payment. This contest will run from Feb. 1, 2016, through March 1, 2016, and submissions should be uploaded at www.SwiftFanBook.com.

The book’s planned release is October 24, 2016 — brilliant, considering it’s just in time for next holiday season, and I imagine a lot of young teenage girls will want a copies for Christmas and Chanukkah.

Though Swift has officially endorsed this project, it seems to be something she would absolutely support since there’s nothing she loves more than interacting with fans through social media and always thanks her fans for the cute ways in which they acknowledge her. Not to mention it’s the easiest — and probably cheapest — way to put together a book that is sure to make a lot of money. You can join the conversation about it online using the hashtag #SwiftFanBook

Review: Better Call Saul!: The World According to Saul Goodman Attorney At Law

While the Grammy Awards on are television tonight, many others are turning on their TVs for one other very important pop culture reason: the start of the new Breaking Bad spinoff, Better Call Saul.

To tie in with the new show on AMC, HarperCollins, in conjunction with Sony, has released a fun, colorful book about the one and only Saul Goodman. Saul Goodman is  the character from the hit AMC show Breaking Bad — the same character who will now have his own show on the same channel. The book details the way in which the character came to be the famous, lawbreaking, beloved lawyer in Albuquerque. It explains everything from the kinds of cases he handles to the significance of the items on his desk and decor in his office, as well as who Saul’s clients and associates are. Details and stories about Walter White, Jesse Pinkman, and all of the Breaking Bad characters are intertwined throughout the book.

The book is silly. But for any fan of Breaking Bad, it’s pretty hilarious, if nothing more than a fun little coffee table book that will certainly get guests talking the next time you host a little get-together.

Get Better Call Saul in hardcover for $13.59

Award season is over, and the Grammy’s are done. Lady Gaga may have been fairly silent and off the radar this year — thanks to Adele. But like it or not, she’s still one of the biggest music superstars and fashion-forward icons of our generation.

Now combine that with fashion and celebrity photographer Terry Richardson, and you’ve got one hell of a photo coffee table book. Richardson followed Gaga behind-the-scenes for an entire year, everywhere from Lollapalooza to her Monster Ball tour. He took more than 100,000 photos, and the best have been compiled into this glamorous, glossy book, Lady Gaga X Terry Richardson.

The story of Harry Potter may be complete, but our interest in the character, books, and movies has not subsided. And if you’re still looking for a Christmas or Chanukkah gift for that die-hard Potter fan, here’s the perfect present: Harry Potter Page to Screen. It’s a coffee table book with behind-the-scenes and never-before-seen photos, plans, and sketches about the transition from novel to film. It sounds kind of amazing.