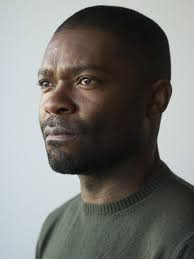 Having recently listened to an audiobook (stay tuned for a review coming next week!), i know the value of the perfect person voicing the book to which you’re listening. That’s why this news is all the more significant. ‘

According to Entertainment Weekly, actors Jack Black and David Oyelowo are both voicing audiobooks.

Jack Black is reading and recording The Little Shop of Monsters, a picture book created by Goosebumps and Arthur creators R.L. Stine and Marc Brown. The book already came out this Tuesday.

David Oyelowo is voicing the latest James Bond novel, Trigger Mortis. You might think he’s the first black actor to voice Bond, but actually he’s not. Hugh Quarshie did the famous spy’s voice in the Dr. No audiobook that was released in 2012. But that doesn’t mean the concept of a black actor playing Bond is lost on anyone. In fact, there are several talks and much speculation about Daniel Craig’s next replacement being a black actor. But for now, it’s Oyelowo who holds all the cards.