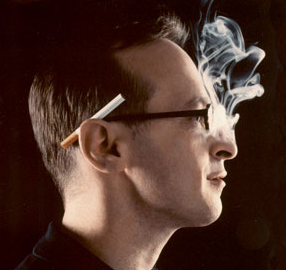 When you’re a humorist who writes memoirs, how much of your storytelling must be true? That’s what NPR is asking themselves about David Sedaris, the bestselling writer who reads some of his stories for the radio station. Sedaris is best known on NPR for his now classic Christmas story about the time he spent working as one of Santa’s elves at Macy’s.

But Sedaris is now under fire for how much of his stories are true and how much is fabricated. It all started when, according to The Washington Post, another writer, Mike Daisey, fabricated some of the facts in his story, which aired on NPR’s This American Life, as Paul Farhi explains.

According to host and producer Ira Glass, “This American Life” began discussing Sedaris’s contributions to the program after an embarrassing episode in March, in which it acknowledged that a monologue by writer Mike Daisey contained numerous fabrications. The show “retracted” the program it aired in January, in which Daisey described harsh working conditions in the Chinese factories that make Apple’s iPhone, iPad and other products. Glass told listeners that Daisey had invented scenes, facts and people — which is exactly what Sedaris has said he’s done.

In fact-checking some of Sedaris’ tales, NPR found that he, too, had fabricated some details and characters. Sedaris admittedly called his stories “realish.”

But Sedaris is a humorist. Daisey is a journalist. Therein lies the difference. Is Sedaris — who has never been considered a journalist — allowed to exaggerate parts of his stories? Or does his title not play a factor since his work airs on NPR’s This American Life program, which airs true stories about people? It’s a tough call, and one that NPR is now closely investigating to decide the best way to proceed.

I personally think NPR should just label Sedaris’ work as partly fiction or “exaggerated” before it airs. What do you guys think? Would love to hear your opinions on this one.