Movie vs. Book: The Girl On the Train 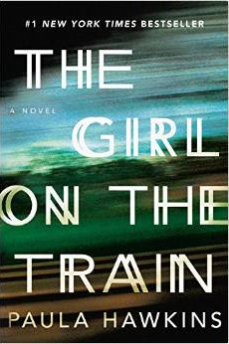 Rachel cannot move on from her former life with her ex-husband, Tom. She drinks. She rides the train past his home and stares. She is so depressed that she not only stares at her old house with her former husband and his new wife, Anna, but she also stares at the house a few doors down — the one where a seemingly happy couple lives and reminds her how awful her life has become.

So when Rachel learns that the woman who lives there, Megan, has gone missing, she becomes shocked and then later, obsessed. She cannot understand what would cause Megan to run or someone to do something to her. But soon, Megan’s body is found, and it is announced that she was pregnant when she was killed. Rachel cannot move on from this story and quickly inserts herself into the world of Megan and her husband.

What starts as a story about sad women turns into a thriller and murder mystery. It’s one of hte best in recent years. In fact, it was famously referred to as “the next Gone Girl” when the book was first released last year. That explains why it didn’t take very long to be made into a movie — and with an outstanding cast at that.

Luckily, just like the “Gone Girl” movie, the movie version of “The Girl On the Train” lives up to the book. It follows the book to a tee, even down to the rotating narrators of Rachel, Megan and Anna. Title screens appear throughout the movie to explain whose perspective we’re about to see and during what time it’s happening, just like the start of each new chapter in the book.

The movie of course leaves out a few things including  Rachel sleeping with someone involved in the investigation (probably because it’s too intertwined and mildly disgusting) and Anna’s obsession with being a mistress (also off-putting in the novel). But the movie felt a bit long as it was, and including those plot points that weren’t entirely vital to the story would have only made the movie longer.

For all my worry that Emily Blunt was “too pretty” to play the frumpy, alcoholic Rachel who’s let herself go, Blunt’s acting was exceptional. It’s a role unlike any other she’s played, and it hooks the audience in her character’s first drunken scene. Justin Thoreaux, too, is excellent in his maniacal role, and the movie includes just the right about of suspense and sexiness.