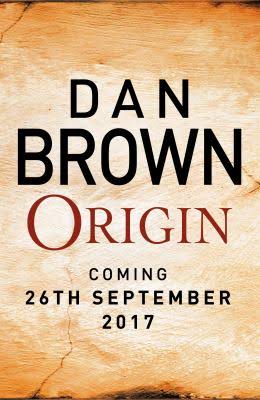 Whether or not you saw or read Inferno — which you absolutely should have — have no fear; Dan Brown is blessing us all with another ‘Robert Langdon’ novel. Yes, I said blessing because yes, I truly love his books.

According to his web site, Dan Brown’s next book in the series is Origin, due to be released September 26, 2017.

Little is known about the  novel. It was only recently announced, and there isn’t even cover art yet. What we do know is that it will once again involve Brown’s character Robert Langdon, the Harvard symbologist and will “thrust” him “into the dangerous intersection of humankind’s two most enduring questions, and the earth-shaking discovery that will answer them,” according to the press release.

I, for one, am all in, but I hope Brown’s books continue to sell. Inferno, the movie, did…well…less than stellar in theaters, so hopefully people aren’t starting to get sick of this character and format. They truly are fun, adventurous, dark and thought-provoking books. 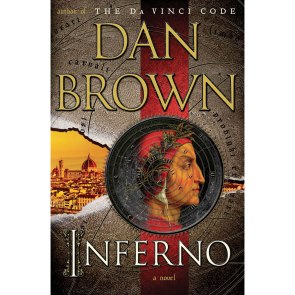 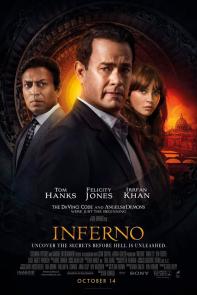 **Note: This post does include spoilers about both the novel and movie versions of Inferno.

Robert Langdon wakes up in a hospital. He has been shot, doesn’t realize that he’s in Florence, Italy — and not Boston, Massachusetts — and doesn’t remember anything that’s happened in the last 48 hours. So begins Inferno, the latest and easily one of the best of Dan Brown’s bestsellers conspiracy thriller novels that have been captivating readers since The Da Vinci Code was released.

In the latest adventure, Langdon teams up with his nurse, Sienna Brooks, and finds a projector in one of his pockets that displays Botticell’s Map of Hell. He knows that whatever reason he’s in Italy, it must have something to do with this map. Over the course of the novel, he discovers that he has been brought to Italy by the World Health Organization to solve a puzzle, whose answer indicates the location of some kind of virus or plague created by a billionaire geneticist named Bertrand Zobrist. Zobrist is well-known for his teachings against overpopulation, so it makes sense he would create a plague that would wipe out the population.

The reason why I believe Inferno was such a successful Dan Brown novel is because it veered far from the others, avoiding the format we’ve come to expect from a Robert Langdon novel. Langdon wakes up and not only has to solve the puzzle, but his amnesia is so bad, he doesn’t even know why he’s solving it!  The young ingenue with whom Langdon teams up is actually working against him! And what’s more — he does NOT solve the puzzle in time! The plague gets out after all. The end of Inferno is not only sad, it’s unsettling and alarming.

The movie followed the book so well until the moment when the characters arrive at the Hagia Sofia in Turkey, where the plague is expected to be released. The movie ends there. Langdon locates the soluble bag that contains the virus, Sienna is killed, and the WHO gets the bag before it dissolves and leaks out the virus. The novel, however, has much more story. We find out that yes, Sienna Brooks was working against Langdon, but she also wants to stop the virus from getting out and is essentially a good person. In the novel, they also learn that the virus had been released a week earlier anyhow, so the chase that led them there was irrelevant; it’s already out. The good news is that the plague is not a deadly one, but one that causes sterility.

It’s obvious why the movie adaptation’s ending is so different. Everyone wants a Hollywood ending. The idea of the movie ending with a sterility plague released is horribly pessimistic. Not to mention, viewers would condemn the fact that Langdon wasn’t really much of a hero after all. On the other hand, the book ending the way it did totally works. Sure, it’s unsettling, but it makes you think. People watch movies to make them happy. People read books to make them think. Recap: Yet another thriller following symbologist Robert Langdon (The Da Vinci Code, Angels and Demons, The Lost Symbol), yet another adventure in history and European traveling. But unlike the books that came before it, in Inferno, Robert Langdon wakes up in Florence, Italy with no understanding of why he’s there, no recollection of how he got there. He is suffering from amnesia. But a woman with a gun, the murder of a doctor within the hospital where he’s recovering, and a chase force the famous Harvard professor to figure out quickly.

With clues referencing the classic piece of literature Dante’s Inferno, Langdon travels through three European cities to uncover a specific location, while also trying to recover his memory of the last two days. Along the way, he learns that the enemy-at-large and maniacal genius, Bertrand Zobrist, has created a plague and plans to release it within the next 24 hours. Now Langdon must locate the spot where Zobrist will release it. Concerned about world overpopulation, Zobrist believes killing off much of the population with this plague would allow the rest of the world’s people to live forever, rather than becoming extinct.

But without his memory, and with some of his friends dead, Langdon doesn’t know who to trust, how to solve this puzzle or if he’s going to be able to do it in time.

Analysis: In Inferno, author Dan Brown does what he does best — brings an age-old story into modern times and somehow twists it into a matter of life and death. I don’t know how, but I fall for it every time. In this case, the tale is Dante’s Inferno. But Brown’s overall story goes deeper. Brown’s Inferno adds the real-life issue of world overpopulation, forcing us to think about our own world problems. It made me wonder if Bertrand Zobrist, as crazy as he is, was right to invent something, anything that would solve the problem that currently looms over us.

Brown also adds the layer of Robert Langdon’s memory loss. Langdon is used to solving puzzles with his symbology degree and experience. But here, he must also solve the puzzle of why he’s in Italy and how he got there. His brain must work doubly as hard in what seems like the least amount of time possible to stop the plague from getting out.

The only real issue with the novel is that at the end, after solving one puzzle, the other unanswered questions are not solved by Langdon and his companions. They are simply answered by the enemy, who gives up information when a guilty conscience strikes — a seemingly lazy use of deus ex machina.

MVP: Robert Langdon. Ultimately, he saves the day. As always. Yes, he has help. Yes, he’s given information to fill in some of the blanks. But without his intellect and knowledge of history, literature, and symbols, his team wouldn’t be able to accomplish the task at hand. According to Huffington Post, Brown is set to release a new book in the Robert Langdon series (The Da Vinci Code, The Lost Symbol) in May. The book, entitled Inferno, will center on Dante and his “epic journey in verse.” This is what Dan Brown had to say about his new material:

“Although I studied Dante’s `Inferno’ as a student, it wasn’t until recently, while researching in Florence, that I came to appreciate the enduring influence of Dante’s work on the modern world,” Brown said in a statement. “With this new novel, I am excited to take readers on a journey deep into this mysterious realm.a landscape of codes, symbols, and more than a few secret passageways.”

The book will be released on May 14th. Just to make things interesting, that’s a week before acclaimed author Khaled Hosseini (The Kite Runner) is set to release his new book, And the Mountains Echoed — which was originally called And the Mountains Roared.

Recap: The Lost Symbol begins in much the same way all of Dan Brown’s books in the Robert Langdon series do: Harvard symbologist Robert Langdon is abruptly interrupted to respond to a symbol emergency. In this particular novel — the third and most recent in the series — Langdon’s mentor, Peter Solomon, requests that he give a speech at the United States Capitol. So Langdon flies to Washington D.C. But he’s in for much more than he imagined.

He soon learns he’s been tricked. In fact, Peter Solomon has no idea Langdon is in town. And as Langdon attempts to find him, he instead finds his mentor’s severed hand, lying in the middle of the Capitol Rotunda. In a moment of chaos, Langdon learns Solomon has been kidnapped by a man named Mal’akh. Mal’akh tells him the only way Solomon will be spared is if Langdon locates the Lost Word and Mason’s Pyramid.

And so begins a new symbolic saga for Langdon, who must find the Lost Word, the Mason’s Pyramid, Peter Solomon, and deal with the CIA in its attempts to find the kidnapper.

Analysis: It’s apparent that Brown uses a specific guideline for his Robert Langdon stories. They all start the same and take Robert Langdon to another city on a quest to find or decode something. Always, there is an exotic woman involved — in this case, Peter Solomon’s younger sister and brilliant scientist Katherine — and the entire long-winded story takes place in the course of an evening.

Brown not only uses similar formatting in his novels, but common themes as well: religion, symbology, ancient art, architecture, and history. The same holds true in The Lost Symbol, in which the reader is taught about the world of Freemasonry. Also included is information about the architecture in Washington D.C. and the art that adorns it. You know when you’re reading a Dan Brown novel, it’s going to be  heavy. There’s a lot for the readers to wrap their heads around. And as overwhelming and intimidating as it looks, the background information is necessary in the long run.

In The Lost Symbol, Brown also focuses a lot on character development. Learning about Katherine’s Noetic science research and the many transformations of Mal’akh are particularly fascinating.

But there’s nothing like Brown’s pacing and storytelling. The short chapters help the novel move along quickly, and the major twist toward the end is breathtaking.

MVP: Katherine Solomon. Girl power! This woman is brilliant and kicks ass. She works well with Langdon to try to uncover the Ancient Mysteries and the location of her brother. There’s an underlying tone of romance between her and Langdon, but Brown keep its realistic. But most importantly, Katherine’s emotional ties to their work –namely, trying to saving her brother’s life — makes the reader feel for Katherine and the pressure she is under.