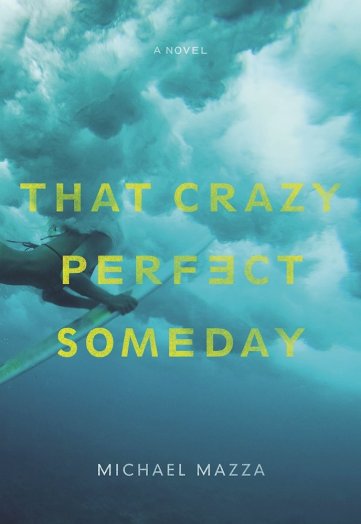 Recap: The year is 2024. Self-driving cars are the norm. Surfing is an Olympic sport. And Mafuri Long is hoping to win the gold medal in the sport against her arch nemesis Kimberly Masters. But in the middle of her surf game and focus are her father and his ongoing mental health problems, the loss of her mother still eating at her all these years later and her best friend getting married and being MIA.

At her best friend’s wedding, she befriends her little brother Nixon — who she’s not interested in romantically, but who “gets her” as a person. She continues riding waves so well, her coach is assured she’ll likely win gold at the upcoming Paris Olympics. Her dad swears he’ll behave himself while she practices for the last few weeks before the Olympic Games in Sydney, Australia.

But suddenly her world implodes when Kimberly Masters starts a rumor that Mafuri is doping, and in her time back home in the States to deal with her legal battle, something completely unforeseeable ruins her shot at the 2024 Olympics. Her dreams are crushed, and so is Mafuri. All that she’s been working for has been for naught. Now it’s time to find out what she really wants, besides surfing. And suddenly, her world changes again.

Analysis: Author Michael Mazza takes what could be an obviously predictable story and instead turns it on its head. Not reading much about the book before actually reading it, I just assumed this would be the story of a girl accomplishing all her dreams. But it’s not. And it’s even better because of it.

So many obstacles are thrown Mafuri’s way — from the quasi-absurd to  what I imagine would be the norm seven years from now. (Speaking of which, Mazza does an awesome job of creatively portraying what things might be like by 2024 with his depiction of self-driving cars, drones, and updated cell phone and medical technology.)

Mafuri is completely broken down two-thirds of the way into the novel. But breaking her down only helps to build her back up, and while I enjoyed the surfing storyline, she ultimately became empowered when her surfing dreams were crushed and she found a new dream and goal to work toward.  In the end, That Crazy Perfect Someday is really a story about family. The ending doesn’t answer all questions but leaves you with the feeling that everything’s going to be okay, and after seeing what she’s gone through, okay is more than enough.

MVP: Mafuri. She is a badass who knows her worth, knows her power, makes her own decisions and bounces back from anything. Things aren’t easy, and she knows it. She gets down on herself and her world like anyone else. But eventually she keeps on going, and her resilience is inspiring.

Get That Crazy Perfect Someday in paperback for $11.55.

Movie vs. Book: IT 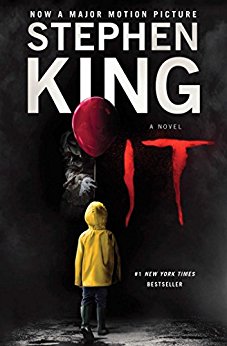 **SPOILER ALERT: This review includes spoilers from both the movie and novel IT. Consider yourself warned.

Over a thousand pages long, IT is more a story about the importance of true friendship and unity in the face of evil than it is a horror novel. The story follows seven friends in 1950s Maine who label themselves The Losers. They find solace in one another, and together they find a place to escape to, where they can be themselves. But there is something evil in Derry, and they have all seen something that has absolutely terrified them. One is chased by a giant bird, another a mummy; the girl hears voices down her bathroom drain and is subsequently met with a deluge of blood from said drain. The adults don’t see these things, so they don’t understand what scares the kids so much.

The story is told in two intersecting parts: flashbacks of the Losers in the ‘50s and the Losers coming back to Derry as adults almost thirty years later. They are called back by Mike, the one member of the group who stays behind to keep an eye on the evil. He soon realizes that they didn’t defeat It as kids, and the only way to stop  children from disappearing or turning up mutilated is to fight It again. Once together, they acknowledge  working together to defeat It is the only way to save their hometown.

My initial thought about the movie is that Bill Skarsgård gives an incredible performance as my new biggest fear. But director Andy Muschietti also makes a few alterations to the novel, particularly by not cramming the entire novel into one movie: Chapter 1 is only about the children, and Chapter 2 (which will be released in September 2019) will be about the adults. By doing this, he ensures that the character development isn’t rushed or forced.

That said, there are also uncomfortable changes like shifting Mike’s purpose as historian and watchmen to Ben in the movie. In the novel, Mike is the only son in the town’s only black family. Mike grows up learning the stories that taint Derry’s history from his father and informs the kids of the cycles of evil. He continues this tradition of historian into adulthood as the one who calls the group back when the patterns reemerge. But in the movie, Mike doesn’t come into the action until almost halfway through the movie, and the information about Derry’s grisly past is provided by Ben. Mike merely seems to serve as “the token black kid” in the movie, and it’s awkward.

Another big change involves one of the most controversial scenes in King lore: Each of the kids in the Losers possesses a strength, and when they are together, these powers are almost unstoppable. After they battle It for the first time as kids, they try to leave the sewer system but find their powers weakening. As a way to reunify and gain back their powers, Bev suggests all six boys in the group have sex with her. There aren’t enough words to describe how uncomfortable this was to read. The thought of this girl losing her virginity to her six best friends in the sewers of her hometown after battling a centuries-old evil creature made me feel privy to something extremely sensitive.

But I do, in a strange way, understand King’s logic. The overall message of the book is the complexities of navigating the transition from childhood to adulthood, and it is clear in this scene that the “It” the kids ultimately face is not a clown, mummy or  bird, but being a grown up. And what’s more “grown up” than “doing it”? Sex is weird and messy, as is this scene. I concluded King chose this as the method of unification because what we don’t understand is scary. Bev Marsh doesn’t understand why this act will unite them, but she just has a feeling that it will. And she’s right. They make it out of the sewer, agree to come back if It ever does, and go home as if nothing happened.

The movie, thankfully, does not depict a multiple child sex scene, but instead offers up a reduction of the strong female character in the group to a damsel in distress. Bev is taken by It to the sewer where she catches a glimpse of It’s Deadlights–supernatural lights that cannot be comprehended by the human mind and that can drive the viewer of them to insanity. As a result, Bev is stuck in a catatonic state floating in It’s lair. The boys band together to save Bev and fight It, and Bev is awoken from her stupor by a kiss from Ben. (Seriously, why did all of the important elements of the story get shifted to one character?!)

While I am glad the scene was altered, there is something to be said about the printed Bev. In the novel she is strong, capable of making decisions, and is the one to get the group to focus on their shared goal when everything seems to be going wrong. In the movie, she is just a girl who needs rescuing. She is not taking control over the situation, nor is she coming to understand the power that she holds as a woman. She is filling the Hollywood script mold of Girl in Trouble.

Stephen King, who raised by his mother and aunts, has always had a knack for creating strong female characters with whom one can empathize and relate. Bev in the movie is only strong when she is flirtatious, which is a far cry from what King created. The movie was a great interpretation of the text, full of shocking, scary, and thought-provoking scenes and special effects. However, considering the changes made to some of the novel’s substantial characters, I would have preferred if the credits said “Loosely Based on the Novel by Stephen King.”