The Harry Potter series may have ended, but there’s nothing like designing a new cover to spruce the books up again. Revealed at Comic Con in San Diego this past week was a new cover for Harry Potter and the Half-Blood Prince.

According to Entertainment Weekly, author and illustrator Kazu Kibuishi illustrated the new cover for the sixth novel in the series. Kibuishi has also worked on graphic novels Flight and Amulet, in addition to the rest of the Harry Potter series.

Why the publishers decided to create a new look for Half-Blood Prince is unclear, but it looks cool. What do you HP fans think of the new cover? 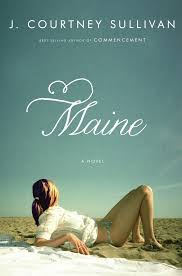 Recap: Every family has its fair share of drama, and the Kellehers are no exception. Take Alice, the 83-year-old matriarch of the family. She’s a moody widow who holds high standards for others, likes a glass or two (or three) of wine, flirts with her much younger priest and has a secret, which causes her a lot of painstaking guilt. Then there’s her daughter, Kathleen, a 15-years-sober alcoholic, who is divorced, living off her father’s financial legacy that he left almost entirely to her on a “worm poop” farm with her boyfriend in California. There’s Kathleen’s daughter, Maggie. She’s a mess of a 30-something, living in New York City in an apartment she can barely afford, all the while hoping to make it big as a writer and to convince her awful boyfriend to commit to her. Last but not least, there’s Ann Marie — the wife of Kathleen’s brother. Ann Marie is a snooty, condescending do-gooder who doesn’t work, but builds and decorates doll houses and has a shameful secret of her own.

These four women have enough drama individually, in their own houses and apartments. But when they all converge on the family summer beach house in Cape Neddick, Maine for a few weeks in June, sparks are bound to fly, some in a good way, and others in a not-so-good way.

Analysis: Maine is mostly a character study of these four women, but the story goes much deeper than that. It revolves around the inter-generational relationships within a family. With chapters alternating between four narrators — Alice, Kathleen, Ann Marie, and Maggie — we see the differences between three generations — Alice comes from a generation that is more religious and reserved, while Maggie’s is more free-spirited. The generations in which these women were born affect the way they handle the difficult moments in their lives. Alice hides things. Kathleen drank. Maggie relies more on her friends than her family — at first. The generations also affect their relationships with each other. Alice is used to families being private, whereas Maggie wants to talk about her feelings with her family and doesn’t know how to do it.

The inner workings of these women say so much about women and families in the present day. There’s often underlying tension that’s never addressed, until it becomes too much to bear and is released all at once. That’s what happens when these women finally see each other in person. For some, the relationships sever a bit. For others, learning each others’ secrets helps the women to gain respect for each other. But that still doesn’t mean they have to like each other. Women are interesting creatures. We hold grudges and have trouble letting go of the past. Maine is a beautiful, sad and simultaneously funny novel about what happens when four adult women try to move forward when their pasts keep pulling them back. A relatable, gripping, and moving novel for any modern-day woman — young or old. 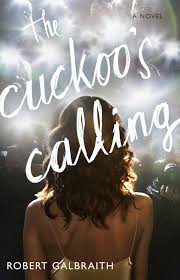 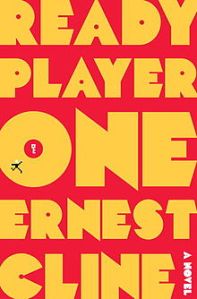 Recap: In 2044, the world is a scary place. A permanent economic downturn leaves most people living off minimal means. Instead of immersing themselves in reality, people are now spending their time in a virtual reality online. This online virtual world, called OASIS, allows people to log on and be transported into a universe where things aren’t so bad. Every person has an avatar, and the avatars can go to school online, work online, drive, shop, and travel online. Wade is one of those people; with his avatar, Parzaval, he’s able to escape from his lonely world without parents, real friends or a girlfriend and suddenly become just another person.

James Halliday is the OASIS creator, and when he dies, he leaves behind a scavenger hunt or “Egg Hunt.” Just like any other video game, the avatars must find the keys to three different levels and then pass each one. The first to win will win millions of dollars and take over Halliday’s empire. In order to win the game, players must have a vast knowledge of Halliday’s life and 1980’s pop culture and video games (which Halliday is obsessed with). Most players are also trying to beat the “Sixers” to the finish line. The “Sixers” are a group of employees who hope to take over the empire and charge usage fees for the OASIS, which had always been free.

No one can find the first key for five years. Then Wade does it. With his friend Aech and crush Artemis, Wade sets out to win. But he soon learns that knowledge isn’t the only thing that will get him through the competition.  He also needs friends, persistence, and heart.

Analysis: Part adventure, part coming-of-age, and part dystopian, Ready Player One draws similarities to already familiar stories. The search for the key and the ability to enter the First Gate is similar to Charlie and the Chocolate Factory. But much of the story plays homage to George Orwell’s 1984. Not only does the story revolve around movies, TV shows, music and video games from the 1980’s; and not only does author Ernest Cline flat out reference Orwell’s classic novel in the book, but like 1984, the “Sixers” in Ready Player One watch the players, much like Big Brother. Just like in 1984, the people in this dystopian society are fed up with the government and use the hunt as a way to rebel and take control of the universe in which they’re suffocating.

The story may not be the most original, but Ready Player One‘s true beauty reveals itself in its pop culture references and jokes, and in the author’s ability to create an entire online universe. It had me wonder if a universe like OASIS may not be so far off. Ready Player One is a fun, enjoyable and smart novel that makes a broader statement about our reliance on technology as way to get by in life and maintain relationships.

MVP: Wade. When reading the book, it’s hard to decide what kind of ending you want for Wade. But when the end comes, you know it’s the right one. He not only accomplishes his goals, but he also does it in an unselfish, heroic way. 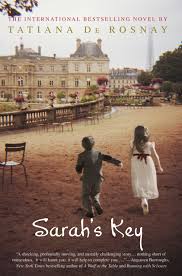 Recap: When Julia Jarmond, an American journalist living in Paris, is assigned to write an article on the 60th anniversary of the Vel’ d’Hiv Roundup, she has no idea the assignment will change her life. The Vel’ d’Hiv Roundup was a roundup of Jews in Paris by Nazis during the Holocaust. In Julia’s research of the event (which many in Paris choose to forget), Julia comes across the story of a little girl named Sarah, a girl who is round up along with her parents in Paris in 1942. In order to save her brother, Sarah locks him up in a secret cupboard in her house before her family is taken from the home. During her time in the Vel’ d’Hiv, Sarah wonders if her four-year-old brother was ever able to make it out alive. She vows to come back for him as soon as she is released.

As Julia learns more about Sarah and her story, her own life is falling apart. Her French husband may or may not be having an affair, and together, they face a difficult decision.

To top it all off, Julia then learns that her connection to Sarah is much stronger than she ever could have imagined, and it might be too much for her marriage to survive.

Analysis: Sarah’s Key is told in first-person narration, alternating between Julia in present-day and Sarah in 1942. It’s not until much later in the story that the reader is able to make the connection between the two. On the surface, the only thing they have in common is that they both live in Paris.  But as Julia learns more about Sarah, she begins to admire her power and determination to make it out of the Vel’ d’Hiv alive. In fact, Sarah’s story starts to become all-consuming for Julia, yet another thing throwing a wrench into Julia’s life.

When Julia realizes how closely connected she is to Sarah, the rest of the novel is told through her point of view. Suddenly, the reader realizes these two women are more similar than they seem.

Just as Sarah set out on a quest in 1942, Julia now sets out on a quest to find Sarah. There’s a lot of buildup in each of these journeys, and sadly both end in disappointment. But that’s not what matters. What matters is that 10-year-old Sarah has taught 45-year-old Julia something important: work toward what you believe and be brave. This is a powerful story about two women forced to grow up in overwhelming, sometimes traumatic conditions.

MVP: Sarah. Her bravery and determination are astounding, especially for a little girl. It’s Sarah, a girl whom Julia had never met, that pushes Julia to follow her heart and be great.